Take Only What You Need to Survive

Since the international moving company packed most of what I wanted to bring to Moscow on August 10th, I’ve been living out of suitcases.

In those three months and change, I have waffled between feelings of abundance and scarcity. Mostly, I’ve been frustrated by abundance when I’ve had to get the suitcases from one place to another, and annoyed at scarcity when I’ve been cold.

In August, it was challenging to decide what went into the crate to come here on the slow boat and what went with me on the plane. I had to have the rights things to live another month in the heat and humidity of high summer in Washington, DC, but I also had to live through the transition from summer to autumn in Moscow.

Those suitcases hold the shorts and sandals I was wearing before I left and the hats, mittens, shawls, sweaters, tights, and socks I’m wearing now.

I also had to think carefully about what I needed to do my job: computer, tablet, stylus, textbooks, reference guides, external hard drive with scans of everything else.

Most importantly, though, I had to think about what makes a space feel like home.

I knew I was moving to a strange city in the middle of a pandemic. I’m shit at making new friends in the best of times, so trying to build community when people are keeping to their private bubbles would be extra difficult.

The ubiquity of the internet means I have been able to regularly video chat with friends back home almost at will. This is so different from having to go to the Internet Cafe and pay $3/hour to send emails in 1998. But I can’t live on video chat.

So I brought familiar things:

the olive wood honey dipper that Julie brought me from Greece

the chef’s knife that Chris gave me for Christmas

the DC map magnet from Lindy

my sealskin slippers from Mel 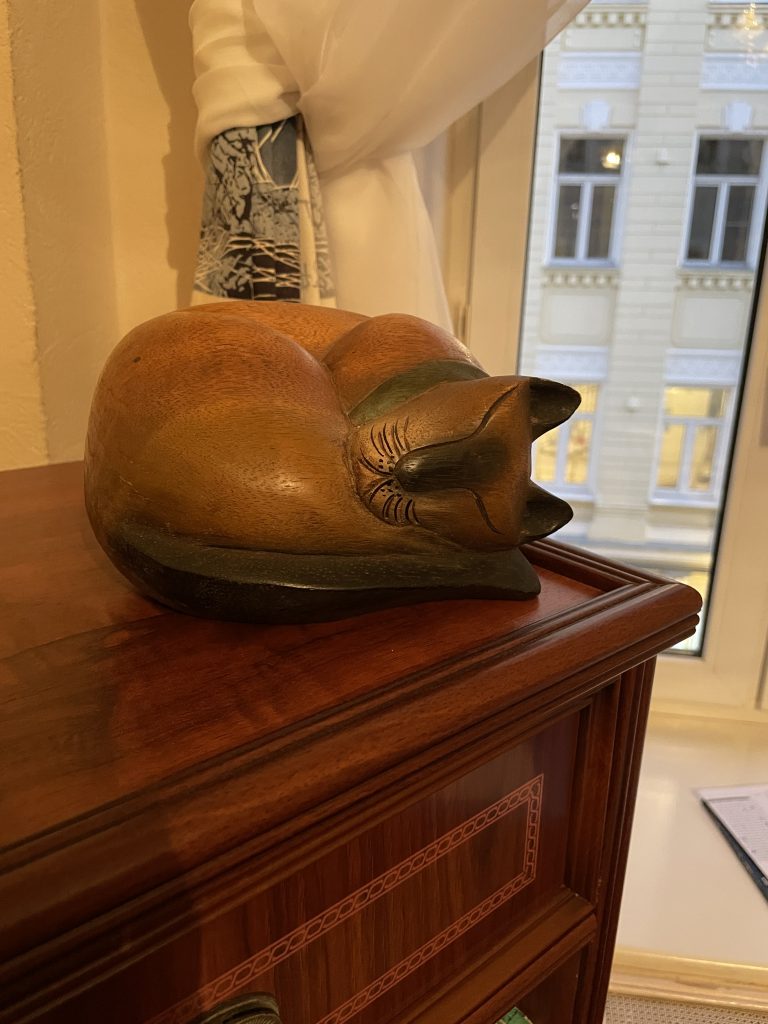 all my knitting needles

the soap dish that Jim 3-D printed and Jeff cleaned 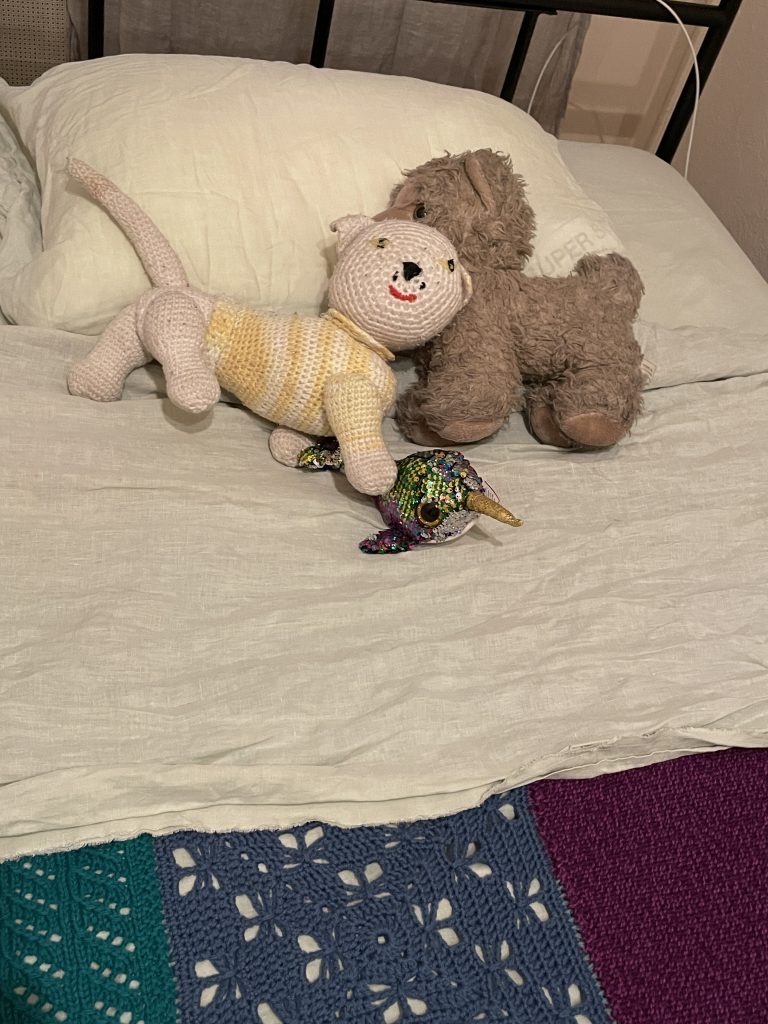 Oscar, the crocheted cat from my grandmother

Snowflake, the stuffed dog from my childhood

the blanket made up of squares from frolleagues

the Pente game I inherited from Mark

In identifying the things I needed, the things that warranted space in my suitcases, I chose the ones that would connect me to the people I was leaving behind. Thank goodness Jeff and Sarah were willing to trade their giant suitcase for my carry-on, else I would have had to edit further.

As hard as it was to make these choices, I’ve done pretty okay for the last three months. While I have definitely made purchases since I got to Moscow, I have not purchased duplicates of anything that’s coming in the crate, and I have used every category of item that I brought. I regret none of the choices I made here.

I’m apprehensive about the arrival of the crate tomorrow.

I’ve been living without these things for three months. Do I need them? Was it a waste to ship them? How much was damaged in transit and how badly?

I know that I’m incredibly fortunate to have as much as I do. Four suitcases meant extra charges with the airline, and this shipping crate consumed most of my moving allowance. Not everyone who leaves their homeland gets to have this much. But…

Some things will be nice to have like my rolling pin, my under-desk rug, and more of my mother’s embroidery. Some things I’m really looking forward to like more blankets, tall boots, and cozy sweaters.

I could, of course, survive with less. I am so incredibly grateful that I have not had to.